The Xiaomi Book S 12.4″ is a Snapdragon 8cx Gen 2-powered Windows 2-in-1 convertible


Many years ago Xiaomi unveiled a tablet that could optionally run Windows. However, it was only today that the company unveiled its first Windows-powered 2-in-1 convertible. It is a 12.4” tablet with an optional keyboard that can turn it into an ultra portable laptop.

The XiaomiBook S 12.4” is powered by the Snapdragon 8cx Gen 2, a 7nm chipset from the Snapdragon 865 generation. At the time Qualcomm compared this by saying at at 7W TDP it is faster than a 15W Intel Core i5 10th gen.

Anyway, this slate runs Windows 11, which includes x86-64 emulation so you can run PC software that isn’t native to ARM (Windows 10 could only do 32-bit x86 emulation). 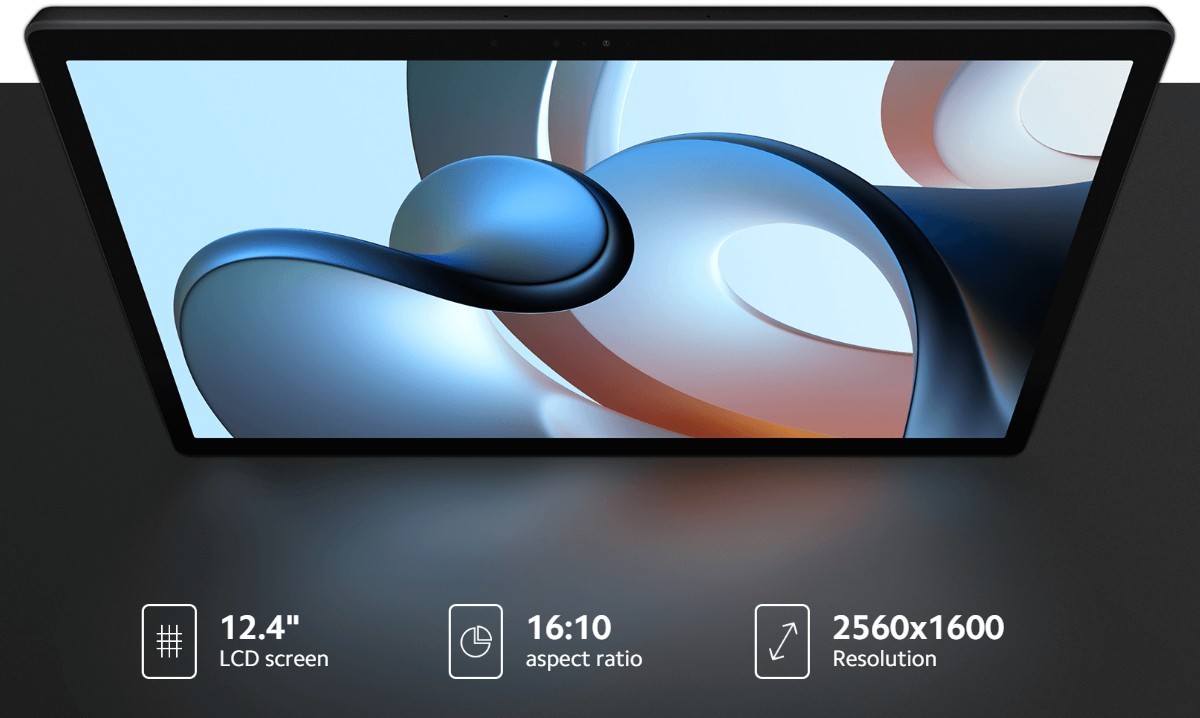 For connectivity, you get a USB-C port, which can drive a 4K external display as well as serve the usual charging duties. There is also a 3.5mm headphone jack on board, plus a microSD slot to expand the memory. Speaking of, the Snapdragon chipset is paired with 8GB of LPDDR4X RAM and 256GB storage.

Wireless connectivity features include Wi-Fi 5 (ac) and Bluetooth 5.1. There is no option for cellular connectivity, at least not on the version that is launching in Europe. So you might need to run a Wi-Fi hotspot on your phone if you need to join a Zoom call on the go. The 1080p front-facing camera will come in handy for that, it is joined by two microphones that use Qualcomm’s Aqstic echo cancellation and noise suppression technology. Additionally, there are stereo speakers on the sides.

The battery capacity is not listed, but the tablet will deliver 13.4 hours of regular usage, according to official numbers. Charging is fast thanks to the 65W GaN charger, which is normally sold separately.

And while you can use the as a tablet, it gets much better with the keyboard cover. It is a full-size keyboard with 1.3mm key travel, plus a touchpad. The exterior is made out of PU leather and there is a built-in kickstand to support the tablet. The keyboard cover attaches to the tablet using pogo pins and adds 317g of weight. 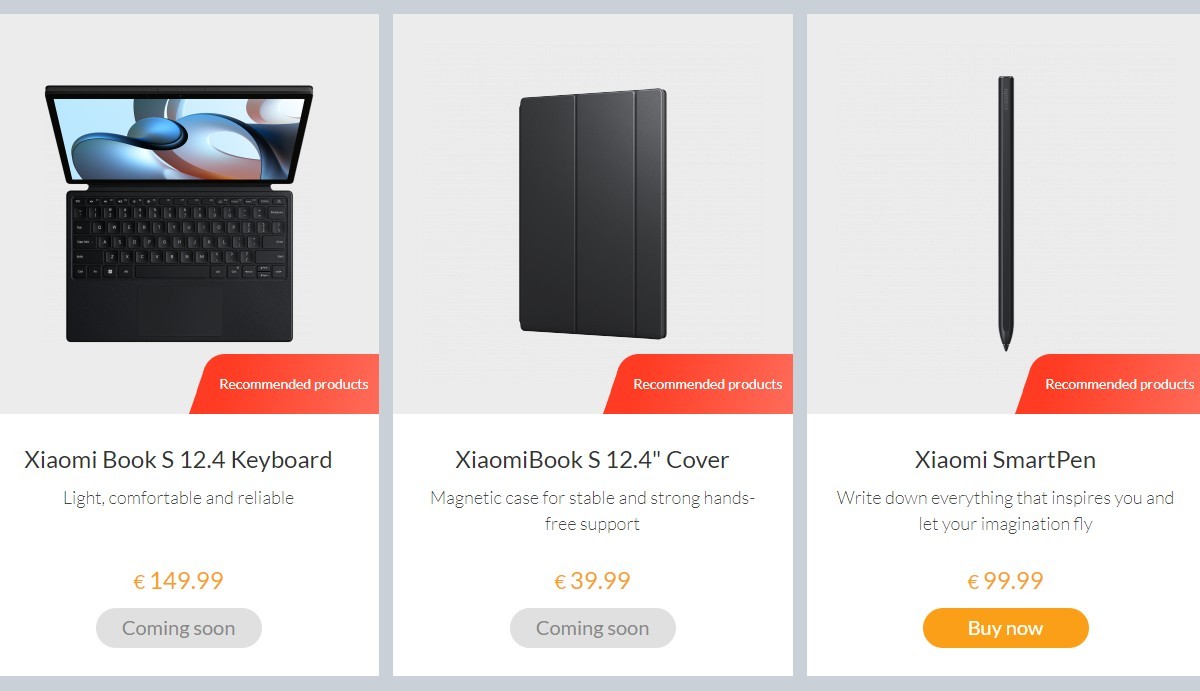 An additional accessory you can pick up for your XiaomiBook is the Smart Pen. The display tracks the stylus at a 240Hz sampling rate and can discern 4,096 levels of pressure. The stylus is battery powered, but a full charge takes only 18 minutes and if you really can’t wait that long, a 1 minute charge will give you 20 minutes of use. You can find the XiaomiBook S 12.4” on the company’s official sites in Spain, Germany, the Netherlands and other regions.