Samsung has released a new version of the Expert RAW camera app and it arrives on the Galaxy S22 series first. The company is also launching a brand new app, aptly named Camera Assistant, which gives you manual control over some automatic camera features.

Some are basic things like disabling the video recording option in photo mode (this often happens accidentally if you hold the shutter key pressed for too long). You can also set how many photos to capture when using the timer feature – 1, 3, 5 or 7.

Some are simple but have a big impact on the final image. Camera Assistant lets you disable Auto HDR, for example. You can also toggle on Soften Pictures, if you think the camera app is applying too much sharpening. 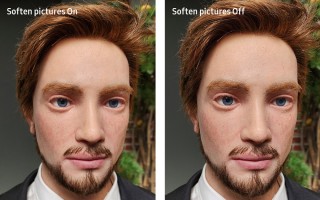 There’s more – Faster Shutter does what the name suggests, it speeds up the shot-to-shot time so you can capture 7 photos in a second.

Another option lets you disable the Automatic lens switching, that is to say that it gives you manual control over which lens to use. Typically, you set the zoom and the phone decides which camera will work the best for that zoom in the given lighting conditions (e.g. it may use the main camera instead of the telephoto). With Assistant, you get to decide.

Finally, two features that will not be very useful for casual users but may be invaluable for pros. You can enable Clean Preview for HDMI displays (i.e. the phone will output just the camera feed with no UI overlaid on top) and you can set the Camera timeout (to 1, 2, 5 or 10 minutes before the camera goes to sleep).

Alright, time to talk about the new Expert RAW version. It now features Astrophoto mode for photographing the night sky, constellations and nebula. This mode will capture images for several minutes and uses multi-frame processing that takes into account the movements of celestial objects. This app also draws constellations and other celestial objects of interest, so you can take a photo of the Big Dipper even if you don’t know where it is on the night sky.

The other new mode is called Multiple exposure. This allows you to take several photos and combine them with different overlay modes. This is a creative technique that harkens back to the old film days to create interesting images, but the digital version gives finer control over the final product.

Head over to Samsung’s press release for instructions on how to download and launch the Camera Assistant app.

The Red Ring Of Death Stalked All My Friends, And Then It Came For Me