The Realme GT Neo 3T unveiled a couple of weeks ago is rumored to launch in India by the end of June or early July. The source claims that the smartphone will come in Dash Yellow, Drifting White, and Shade Black colors in India with three memory options – 6GB/128GB, 8GB/128GB, and 8GB/256GB. 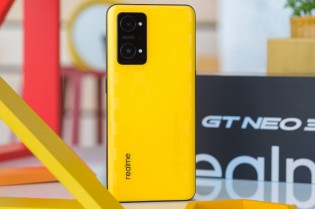 The GT Neo 3T has a 16MP camera on the front, while the 64MP primary camera on the rear is joined by 8MP ultrawide and 2MP macro units. You can read our Realme GT Neo 3T review here to learn more about it or watch the video review linked below.

Automatic Verification on iOS 16 will replace CAPTCHAs on supported platforms