The Motorola Moto X30 (which launched as the Edge 30 Pro globally after slight modifications) has a flat display, the Moto X30 Pro (aka Edge 30 Ultra) had a dual-curved display. Things may get curvier in the next generation as China’s MIIT just posted images of the XT2301-5, which some suspect is the Motorola Moto X40.

Not the X40 Pro, the vanilla model. That said, the square camera island and curved display do make it look more like the current Pro.

But notice the reflections, the display is actually curved on all four sides. The Chinese authorities have not published additional information yet, but at a guess we’d say that we are looking at a 144Hz OLED display. Some reports claim that Motorola will make the jump to 165Hz, however. 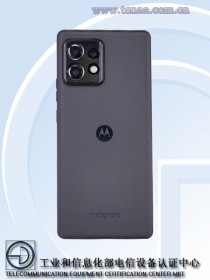 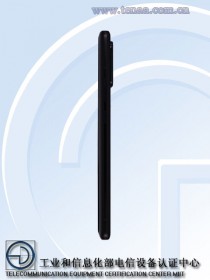 Speculations are already brewing that the Moto X40 – and by extension the Motorola Edge 40 Pro – will use the upcoming Snapdragon 8 Gen 2 chipset. This should be paired with 8/12GB of RAM.

The full spec sheet for the XT2301-5 is yet to be posted, but rumors indicate that the X40 will still have a 50MP main and 50MP ultra wide cameras, but will add a 12MP telephoto to the mix as well. And it will have a 60MP font-facing camera (likely with a special model that puts it under the display like the X30 Under Screen Camera Edition). We will be on the lookout for confirmation of these specs by the Chinese wireless authority.