The Poco F3 was a truly unique device – it is probably the most recommended competitor we’ve had up to this very day. A true bestseller that offered much more bounce for the ounce and quickly became a fan- and critic- favorite. And today, fifteen months after its premiere, we are meeting its long-anticipated sequel – the Poco F4.

The Poco F4 GT was announced and released ahead of the Poco F4 premiere, and we found it to be a compelling device offering the most current Snapdragon 8 Gen 1 chipset on a budget. But the F3 wasn’t popular because of cutting-edge hardware; it didn’t even come with the latest chipset. It had the most thoughtful pick of features and components, and they ran like a well-oiled machine and offered great stability and reliability. And that’s what the Poco F4 is ready to offer once more.

Unfortunately, year 2022 sure isn’t in favor of smartphones, among many other things. There is high inflation, components shortage, still ongoing pandemic, and the looming global war threat. The mobile industry, chipsets specifically, haven’t made much of a progress since 2020, and it’s not surprising the Snapdragon 870 platform, a repackaged Snapdragon 865+ version, is still considered to be the most stable flagship-grade kit.

In fact, there was a turn for the worse, too, as there are many new phones that use less-capable chipsets than their 2021 versions because of what’s happening right now.

Well, the Poco F4 is an updated version of the F3, and thankfully, it has only one downgrade – an inferior macro camera. The upgrades are not that exciting, not for the Poco F3 owners at least, but worthy, nevertheless. 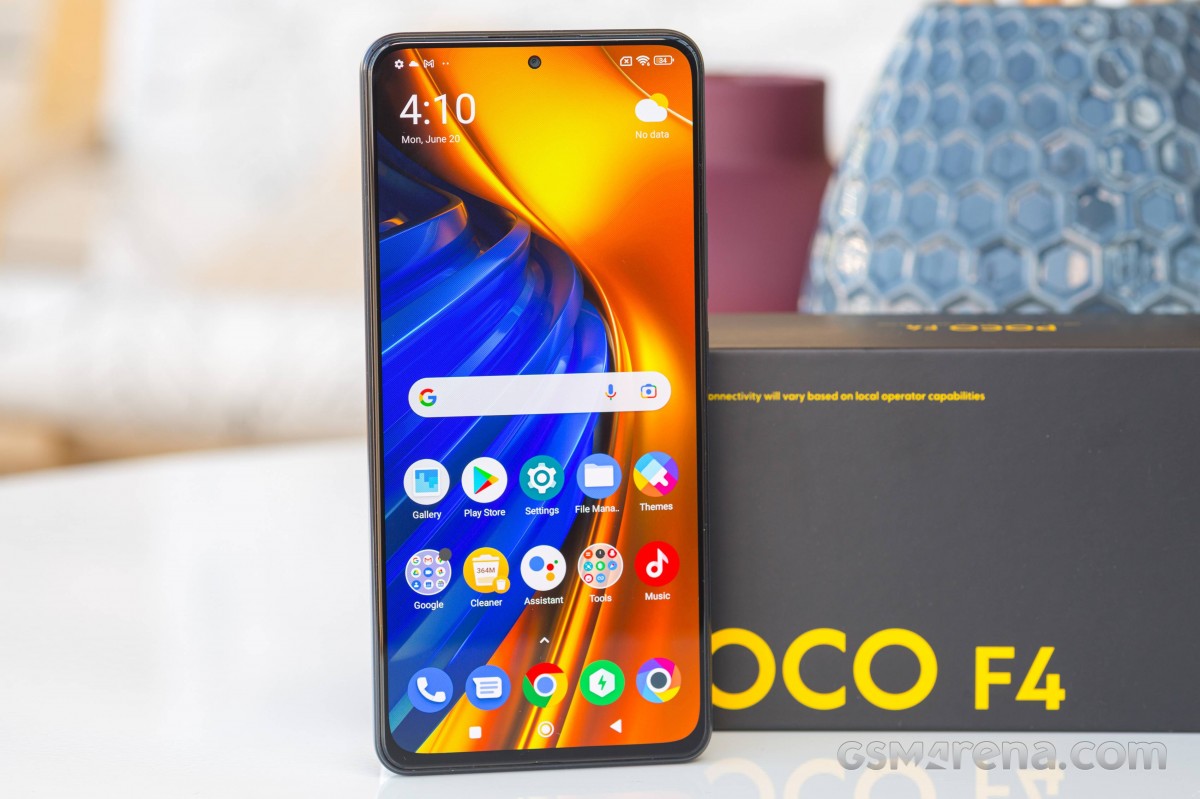 The Snapdragon 870 5G chipset remains the same, as well as the RAM and storage options – 6GB+128GB and 8GB+256GB. There is no microSD expansion. There are two updates here that are not evident right away from the specs sheet – the RAM is now LPDDR5, and the whole chipset has a larger cooling system.

There are three cameras on the back, just like on the F3, but the primary one now uses a higher-res 64MP sensor with optically stabilized lens and 4K60fps video capturing support. The 8MP ultrawide camera remains intact, while the macro shooter has been downgraded from the cool 5MP AF telemacro to a basic 2MP cam with a fixed focus at 4cm. 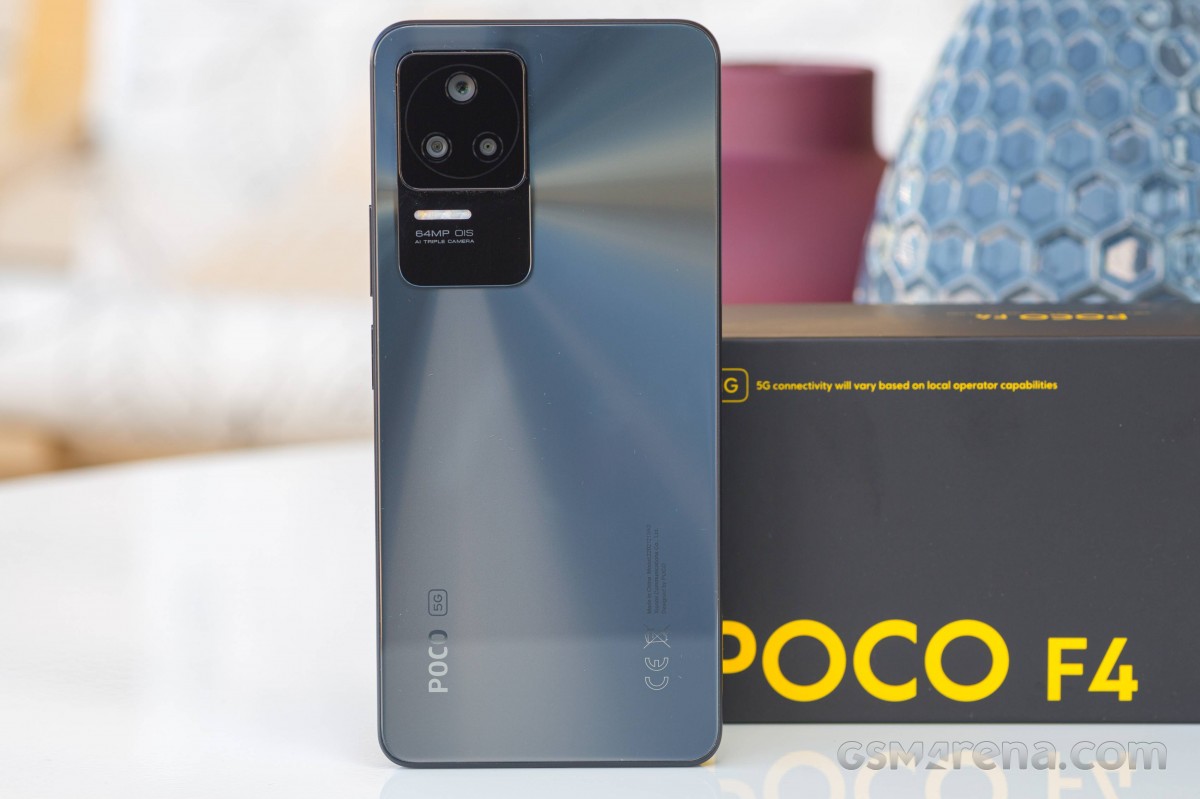 Obviously, the Poco F4 is not a major update over the Poco F3. But looking at its specs sheet and its tempting €349 early bird price tag, it is shaping as one of the most interesting offers within the entire midrange. Something we usually call a flagship-killer.

Poco F4 specs at a glance:

If this specs sheet and the Poco F4 design seem familiar, that’s because the Poco F4 is a version of the Redmi K40s with an improved main camera.

Listing Poco F4 omissions require some serious nitpicking, but if you are into this, here are a few. The F4 has basic water-resistance, while Samsung’s A series are completely waterproofed. It would have been nice to get a zoom camera instead of the demoted macro one, but we guess at that price and the current state of the global affairs, it wasn’t possible.

Well, we are intrigued to see what this Poco F4 has to offer, especially now that we’ve reviewed the higher-tier Poco F4 GT. So, without further ado, here is the Poco F4 unboxed.

The Poco F4 arrives in a black box with the usual yellow Poco markings. It is quite thick, and it does contain a lot. Besides the F4, you will also find a 67W power adapter and a 6A-rated USB-A-to-C cable. 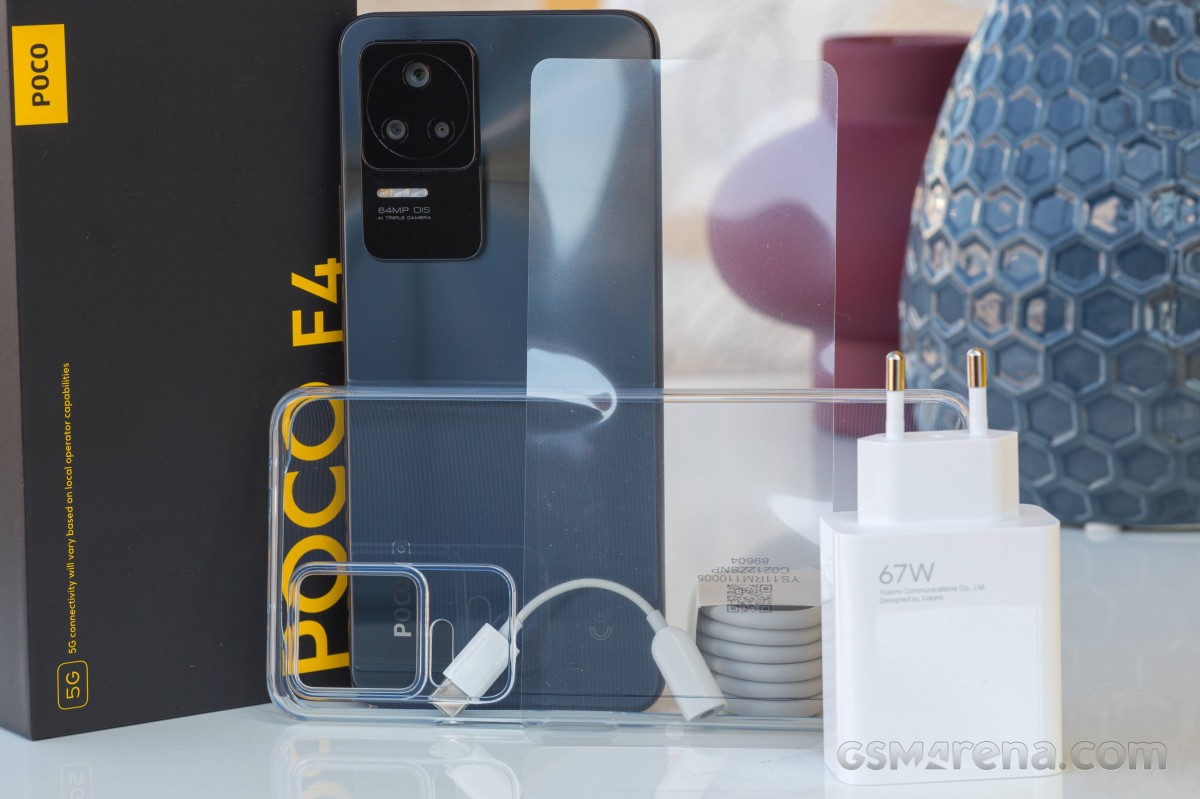 There is a large paper compartment, which accommodates a soft transparent case, a thin screen protector, and USB-C-to-3.5mm jack adapter. Nice!

Poco has spared nothing on the F4 bundle, and we can only praise it for that.