Motorola introduced the Moto E32s in India yesterday, and the next Motorola smartphone in line to launch in India is the Moto G82, which will debut in the country on June 7 and will be sold through Flipkart and Reliance Digital.

The Moto G82 was unveiled last month, so we know what’s on offer. The smartphone is powered by the Snapdragon 695 SoC and runs near-stock Android 12 out of the box. It was announced with a single 6GB/128GB memory configuration, but Indian customers will also have an 8GB RAM option, likely with 128GB storage.

The Snapdragon 695-powered smartphone is built around a 6.6″ 120Hz FullHD+ AMOLED screen. However, the Indian model will feature a 10-bit pOLED panel of the same diagonal and refresh rate.

The Motorola Moto G82 has a 16MP selfie shooter on the front, while the triple camera setup on the rear is headlined by a 50MP primary camera (with OIS), joined by 8MP ultrawide and 2MP macro units. 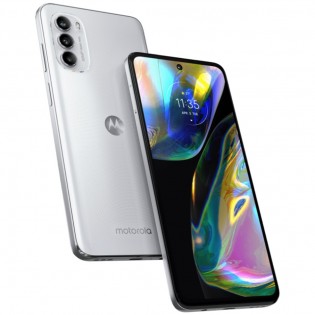 The Moto G82 will be offered in Meteorite Gray and White Lily colors.