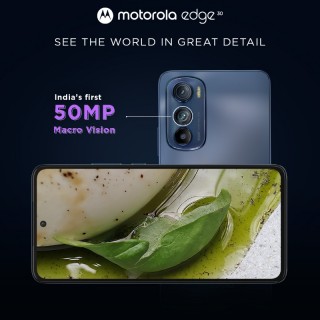 Edge 30 brings a 6.5-inch FHD+ AMOLED display with a speedy 144Hz refresh rate. The panel supports 10bit colors and is HDR10+ compliant. The phone is powered by the Snapdragon 778G+ chipset and packs a 4,000 mAh battery with 33W charging.

There’s a 50MP main cam alongside a 50MP ultrawide snapper that doubles as a macro cam and a 2MP depth sensor. The software side is covered by Android 12 with Moto’s MyUX interface on top. Other notable specs include an in-display fingerprint scanner, headphone jack and stereo speakers with Dolby Atmos.

New 40K Game Is XCOM With Space Marines, And It's Great

Samsung Galaxy Watch4 will get Google Assistant this summer