Even though the Google Pixel lineup gets much media attention, it’s still rather niche due to its limited market availability. However, Google has been trying really hard for the last couple of generations to appeal to a wider audience by delivering some unique features. Even the stock Android running on today’s Pixels isn’t exactly stock, as it has some neat tweaks and exclusive features. There are even reports that Google plans to ship a record number of Pixels next year.

On the surface, the Pixel 7 and 7 Pro aren’t much different from the Pixel 6 series while introducing some small but notable upgrades. Maybe that’s part of the reason why we think the 7th generation has a good chance of winning over new fans around the globe. Although “the globe” might not be the best choice of words given the limited availability as usual.

The Pixel 7 offers a few key improvements over its predecessor, the Pixel 6. It’s now running on an improved Google Tensor G2 chip with better AI capabilities, Gorilla Glass Victus build all-around, a better selfie camera and a smaller display. As a result, the Pixel 7 is slightly smaller than the Pixel 6, which is a clear indication that Google is aiming for the compact flagship niche. And although smaller, the Pixel 7’s display is considerably brighter.

Google Pixel 7 specs at a glance:

The camera setup on the back remains unchanged. We’ve got a big 50MP sensor doing the heavy lifting and a 12MP ultrawide camera helping out. There’s still no telephoto camera, but to be fair, that’s a rare find in the compact flagship class. Still, Google promises better image processing and improved overall camera quality through machine learning algorithms and better ISP capabilities. 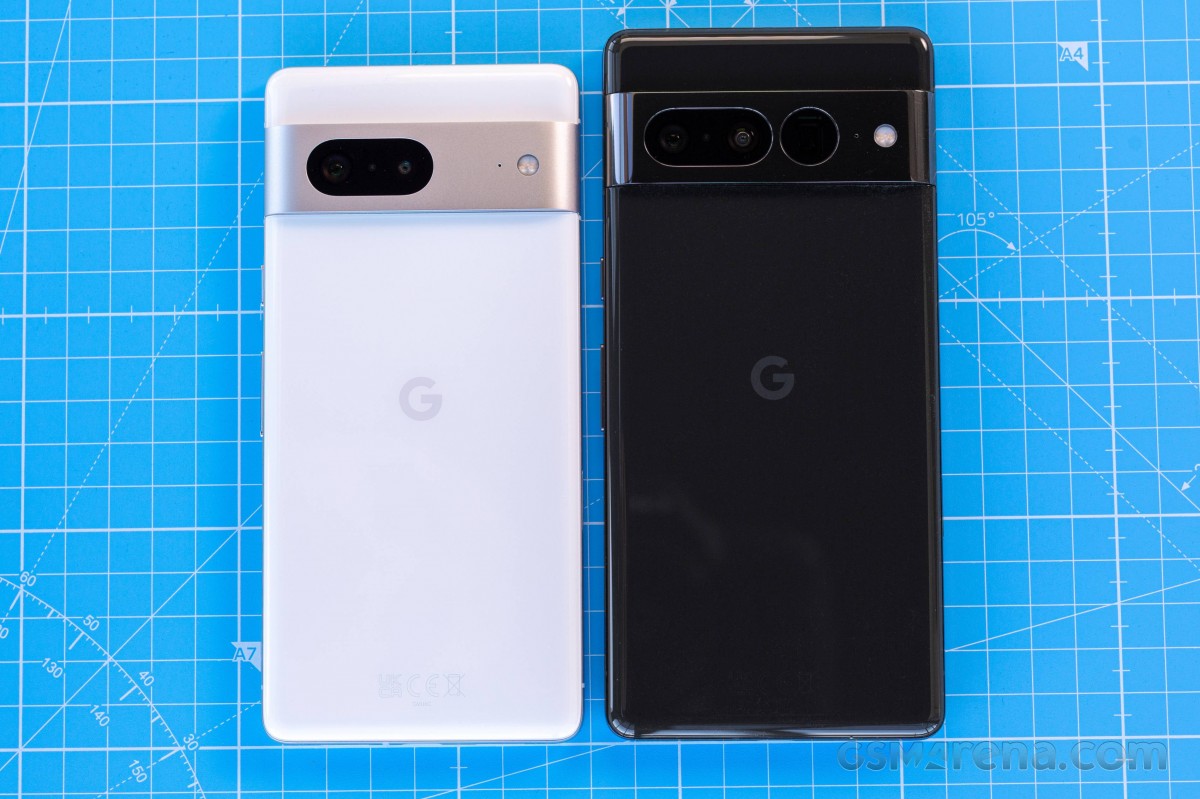 It was quite the surprise to see the Pixel 7 go down in battery capacity coming from the Pixel 6 – 4,355 mAh vs. 4614 mAh, but in theory, Google could have offset the loss with other hardware improvements, such as display and chipset power draw. As we all know, specs sheets never paint a complete picture, so let’s find out what the new Pixel 7 is capable of and whether it is really the right phone for you.

As one would expect, the Google Pixel 7’s retail box is relatively small and contains only the user manuals, USB-C to USB-C cable for PD charging and a USB-C to USB-A dongle in case you find yourself with a standard charger that doesn’t have a USB-C connector. 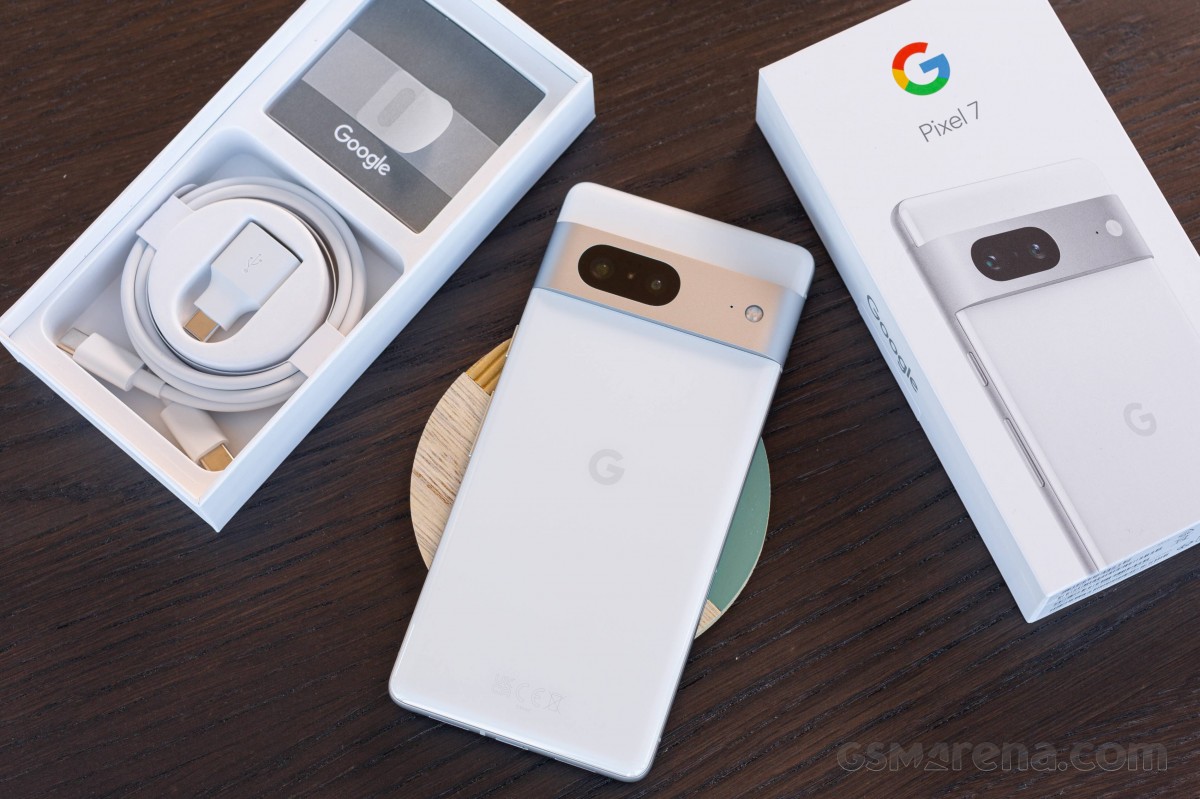 Speaking of the charger, there is none. The device supports up to 20W Power Delivery charging, so finding one that works with the Pixel 7 shouldn’t be a big issue.