Xiaomi’s Black Shark gaming series has been around for quite some time now and has carved out a good reputation for itself. The latest addition to the proud family is the Black Shark 5 lineup, unveiled back in March with a total of three models so far. What we have for review today is the top-tier Black Shark 5 Pro with all of the bells and whistles, and there are quite a few of those.

The Black Shark 5 Pro is a flagship device through and through. A Snapdragon 8 Gen 1 sits at its core, which at least until the Snapdragon 8+ Gen 1 starts appearing in actual retail devices is currently dominating smartphone performance charts. Xiaomi has that cooled with the help of not one but a pair of vapor chambers, one on each side (4,323 mm + 997 mm). And that’s not the only internal piece that has been “doubled” either.

The Black Shark 5 Pro comes with a total of 512GB of storage, but it is split between 256GB UFS 3.1 and 256GB of NVMe SSD storage. Using the so-called DM Cache technology, Black Shark has allegedly managed to improve the random read and write performance significantly. Also, the fast LPDDR5 (6,400 Mbps) RAM can be used to create a RAM disk for occasions when even faster storage is required.

The internal battery also boasts beefy specs, like a decent 4,650 mAh capacity and 120W Fast charging support. At full speed, that can take the battery from zero to full in just 15 minutes, but a more sparing temperature control mode slows charging down to around 24 minutes. Also, the phone features a battery bypass mode for gaming while external power is plugged in. These are the kind of little features that elevate the user experience, especially on a gaming device.

While on the topic of hardware in pairs, the Black Shark 5 Pro has symmetrical speakers with 1.5 cc cavities. The 5 Pro is currently the top phone in DxOMark’s audio chart with 86 points (beating its predecessors by 5 points). There are also four mics on the device and two ambient light sensors – one on the front and one on the back to perfectly control display brightness.

The display is top-of-the-line hardware as well. The 6.67-inch AMOLED panel has a 144Hz refresh rate and 720Hz touch sampling. It is also a 10-bit panel with support for HDR10+ and promises excellent DCI-P3 color accuracy and coverage. 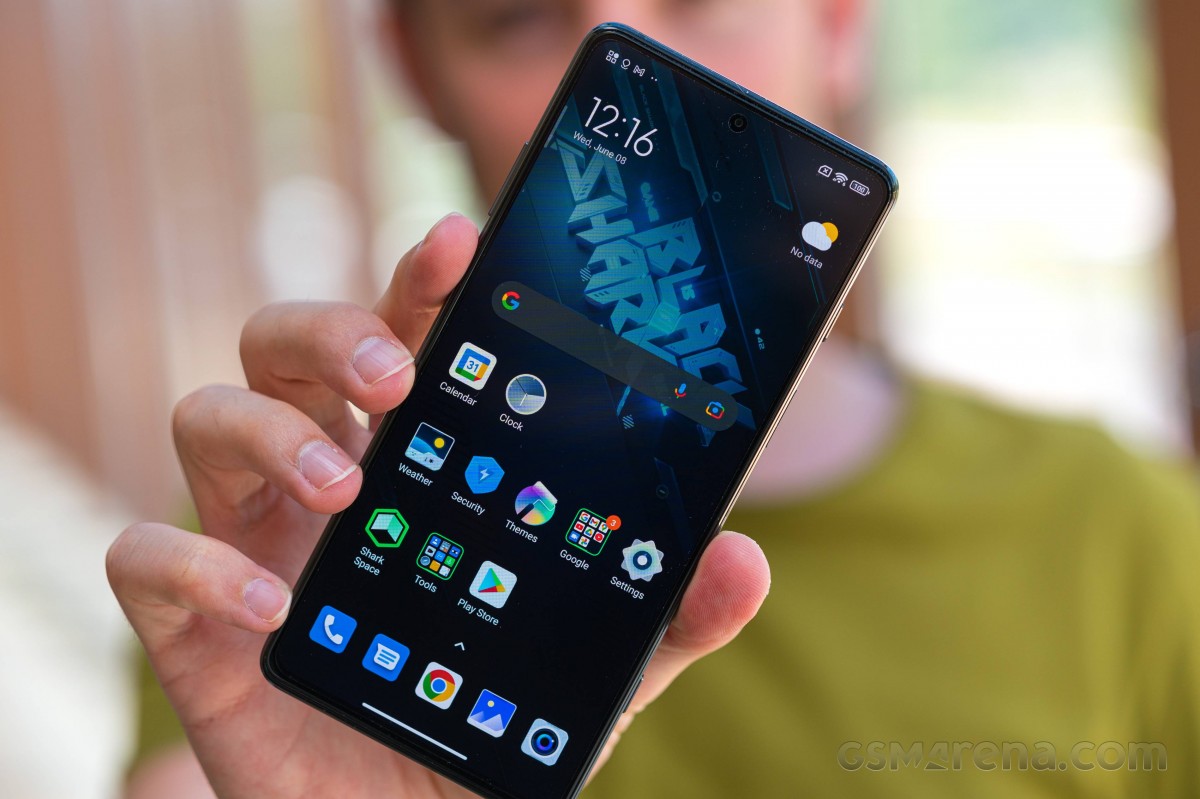 Skimping a bit on the camera setup has been a rather typical practice on gaming phones in the past, but at least on paper, it seems that’s not the case with the Black Shark 5 Pro. It has a big 108MP main cam with a 1/1.52″ sensor, plus a 13 MP ultra wide-angle camera (120-degree) and a 5 MP telephoto macro lens. It focuses from as close as 3-7 cm of distance for some close-up action.

The Black Shark 5 Pro ships inside a sturdy two-piece box with plenty of green color accents and aggressive geometric shapes all over. Everything is secure, and there is even a plastic cradle for the phone on the inside, so we are happy with it.

The accessory package is actually abundant by modern standards. First and foremost, you get a 120W charger. It is very much a proprietary Xiaomi brick that is a bit heavier than your average wall ward but not that big, making it feel “dense”. It uses GaN tech. 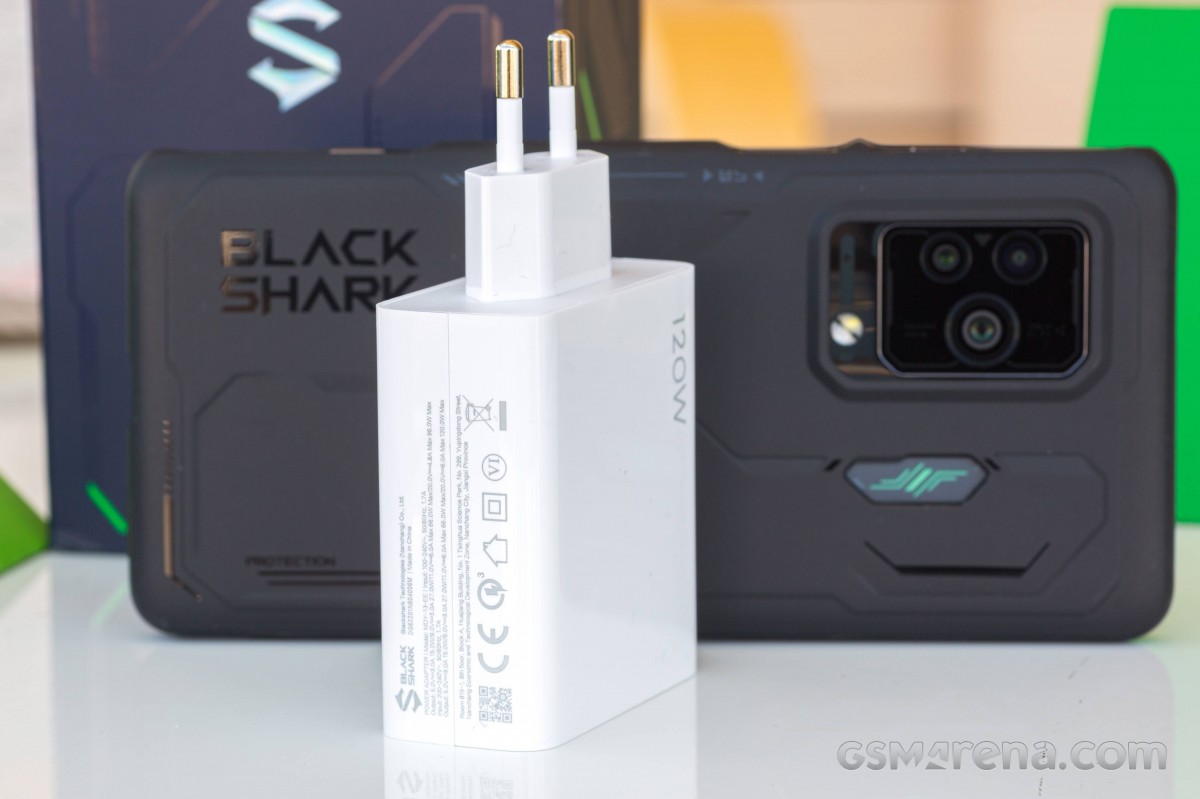 A couple of interesting details here. First, this particular brick can only deliver 120W with a power grid of around 220 volts, like in Europe. If 110V is what you have, then the total max output would be 20V@4.8A (96W). Second, the brick still relies on a USB Type-A to Type-C cable. One that is rated for 6A, which is proprietary, so you better hold on to it. 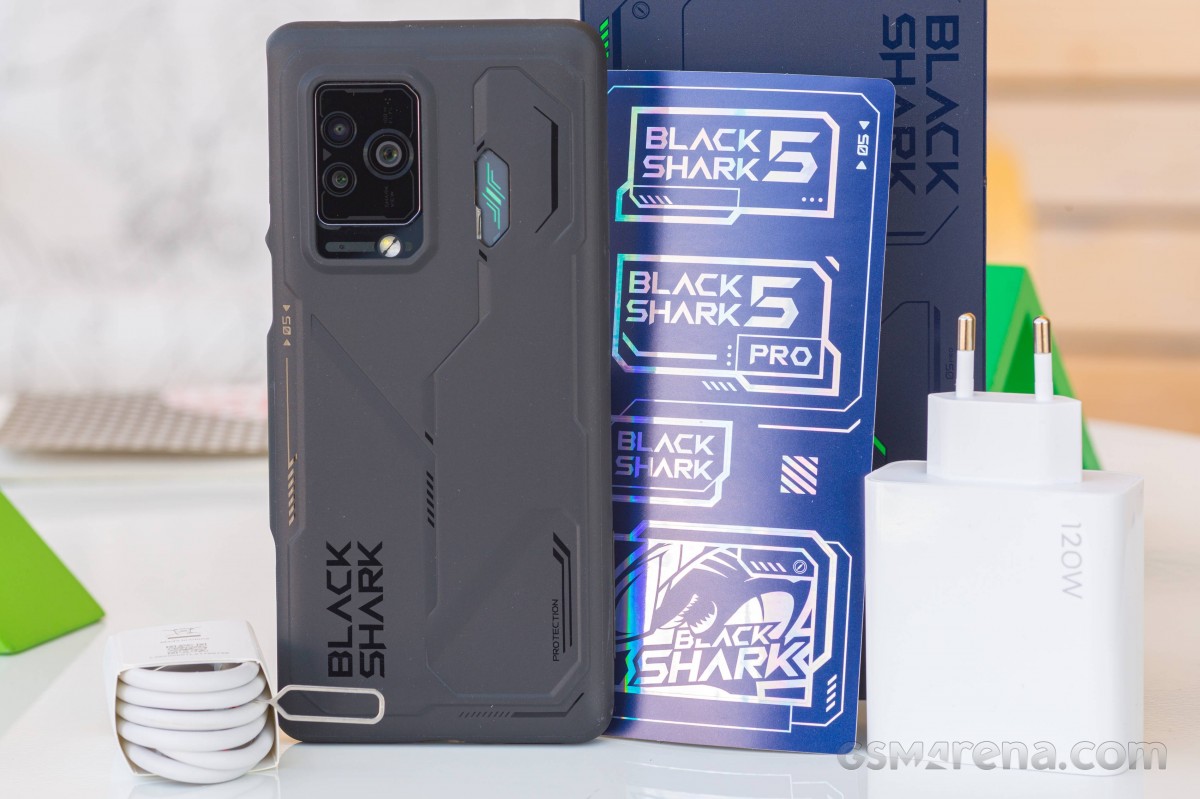 Aside from the charger and cable, our Black Shark 5 Pro also came with a sturdy and great quality plastic case in the box. Also, some “gamer” stickers.

Unfortunately, there is no Type-C to 3.5mm dongle, which would have been appreciated in the absence of a 3.5mm jack on the phone.

This seems like the proper place to mention that there are several additional, optional accessories on offer for the Black Shark 5 Pro. Things like a new version of the Black Shark active external cooler, plus a special case to optimize its efficiency. Also, some beefier button attachments for the pair of pop-out side triggers on the Black Shark 5. 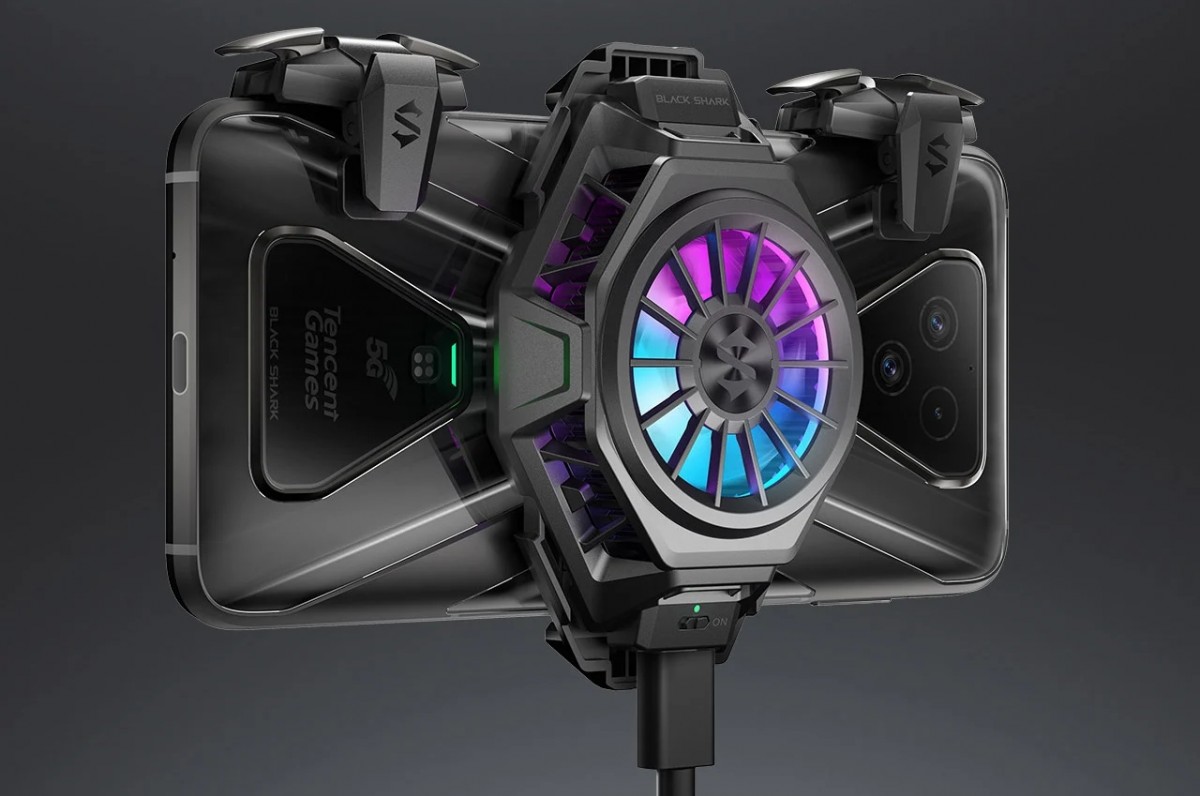 We didn’t get any of these toys in our review kit, though, so we couldn’t test them just yet.